“Josh?”  I was resting, attending to my own aching body. We had reached the final leg of the 4.5 mile ascent of the right edge of Exit Glacier. My son Arthur and I had climbed part of the way last year, but this time around, he decided that we should climb to the viewpoint that looks out over the vast Harding Icefield, now part of the Kenai Fjords National Park in Alaska.

Exit Glacier is one of 40 Glaciers connected to the Icefield and is easily accessible to the town of Seward on Resurrection Bay.

The climb to the top had taken about 3.5 hours. We were lucky because this year August has been particularly wet, but not on this day. We could see for endless miles and yet we were looking at only a small fraction of an icefield that nearly equaled the area of the state of Rhode Island.

“Josh?” Arthur had gotten up and had begun walking over to some people resting nearby. I assumed Arthur had run into one of his kayak guide friends and so continued to settle in.  Then, Arthur called out to me “Eric, It’s Josh.” I still didn’t register what he was saying or who this Josh might be. Then I saw who it was he was talking to.

Josh Schneider had worked for my company from 2009 through the first half of 2012. He had overseen the launch of the company’s new website, a very complex and crucial job. Then he departed to get a law degree and after graduating, he moved to Anchorage to serve as clerk for a Federal judge.

Before I set off for Alaska, I had contacted Josh but we had never followed up. Then this. Often when hiking, you can be 5 or 10 minutes ahead of or behind someone and never know they are there. It turned out that Josh and his wife Haley had left the visitor’s center about an hour before Arthur and myself. They had taken a few long breaks on the way up and so they reached the top shortly before we did.

So what are the odds? I had been in Alaska for one full day before we decided to climb up the side of Exit Glacier. Josh knew I was coming back to Alaska, but did not know when. He lived in Anchorage, a 2.5 hour drive from this place. I had wanted to meet up with him, but had not followed up after the first phone call. 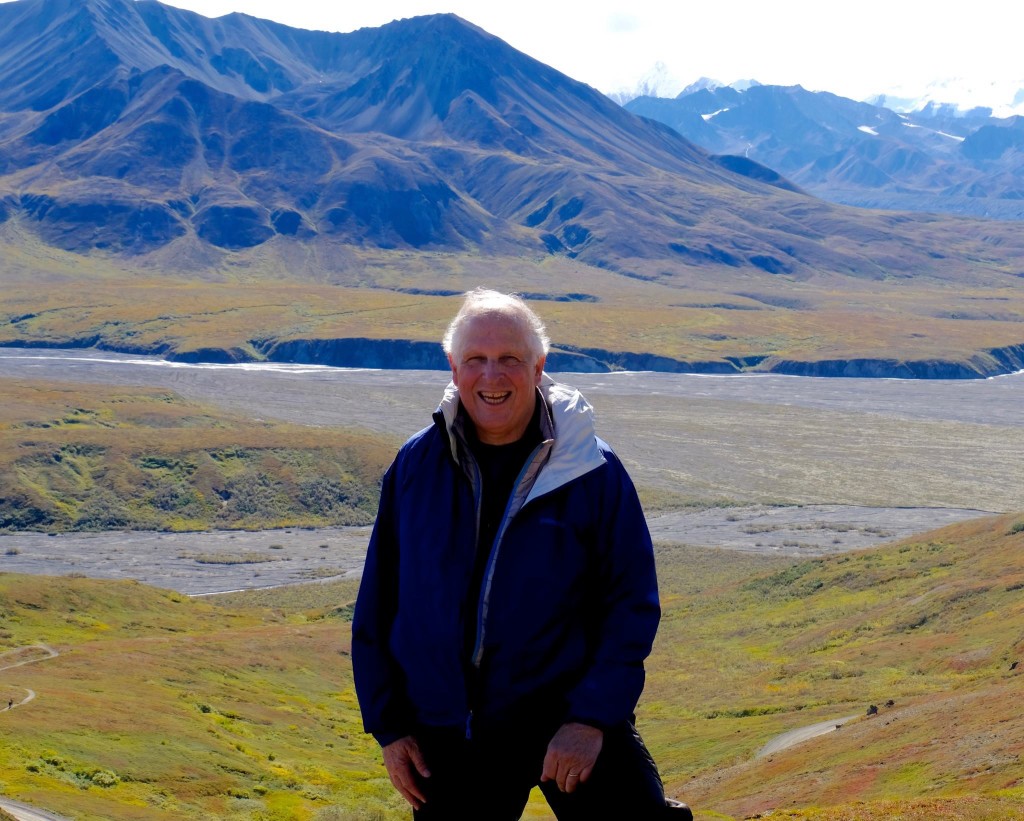